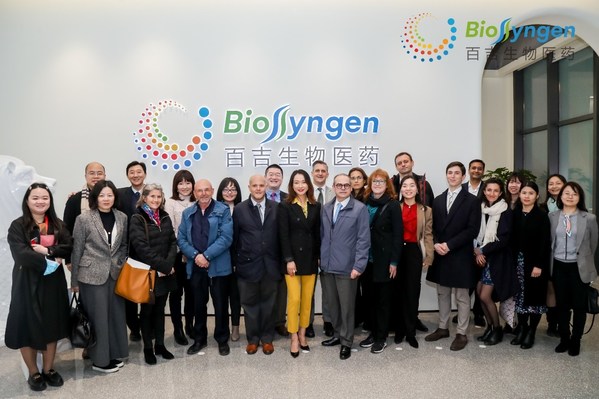 The delegation visited the Planning Office of China-Singapore Guangzhou Knowledge City and Biosyngen’s immune cell production base successively. During the visit to the Planning Office of China-Singapore Guangzhou Knowledge City, the consuls said that through field visits, they had a better understanding of the background of national bilateral cooperation projects between China and Singapore, and were impressed by the achievements of the knowledge city in industrial development, scientific and technological innovation, China–Singapore cooperation, urban construction and other aspects under the leadership of China and Singapore. They were willing to drive China, France, and other countries to continuously tap the cooperation potential in more fields, expand cooperation and exchange platforms, and achieve mutual benefit and win-win results.

In recent years, China-Singapore Guangzhou Knowledge City has been benchmarking international standards, focusing on model innovation, and highlighting value creation. Many Fortune 500 leading enterprises have settled in and initially formed an industrial structure dominated by six major industries, such as biomedicine, intelligent manufacturing, new materials and new energy, with obvious industrial agglomeration effect. It gives full play to the special role of “going first, leading and demonstrating” in the innovation-driven development strategy, and becomes a new model of China–Singapore cooperation and high-quality development.

Subsequently, the delegation visited Biosyngen Company, located in Guangdong-Hong Kong-Macao Greater Bay Area Nano Innovation Industrial Park, China-Singapore Guangzhou Knowledge City. Biosyngen is one of the first scientific research enterprises to settle in the China-Singapore Guangzhou Knowledge City. It has the largest industrialized production base of immune cell drugs in South China, mature and perfect production and quality system and cell industrialization platform. At the same time, Biosyngen Bio-project is also a representative project of cooperation between China and Singapore in the field of biomedicine in the Knowledge City, and a benchmark project for the development of biomedical industry in Guangdong-Hong Kong-Macao Greater Bay Area. 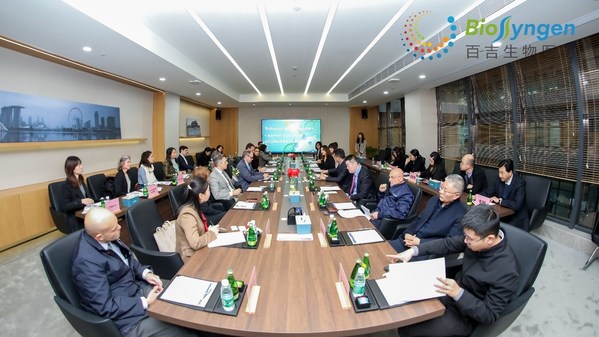 When visiting Biosyngen’s Immune Cell Production Base, the delegation was deeply impressed by the diversified facilities, standardized management and automated production process of the base. It is reported that the base is designed, built and managed according to GMP standard, and has the most advanced production automatic control equipment in the industry, which realizes automation, complete closure and personalization, and can rapidly industrialize the cutting-edge technologies and achievements of biological research, and provide safe, high-quality and affordable innovative immune cell drugs for the majority of patients. 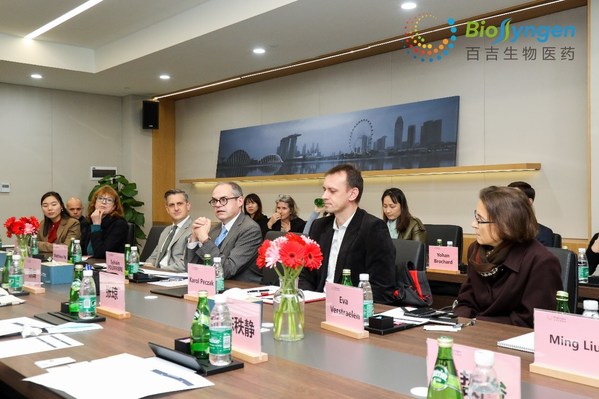 Sylvain FOURRIERE, Consul General of France in Guangzhou, fully affirmed the efforts made by Knowledge City in promoting international exchanges and cooperation. He said that the China-Singapore Knowledge City, a national-level bilateral cooperation project, is favored by French enterprises. He hoped that with the strong support of China and France, the Knowledge City would continue to give full play to its advantages as well as the international cooperation platform, and promote enterprises in China, New Zealand, France and other countries to create a win-win situation.

Consuls of various countries have also indicated that under the influence of epidemic situation and economic situation, international exchanges and cooperation will promote closer contact and understanding between countries, deepen mutual trust, mutual assistance and reciprocity, and vigorously promote the rapid recovery of various undertakings. Consuls of various countries in Guangzhou will actively promote mutual assistance and exchanges between their countries and China, match up in various fields, strengthen economic and cultural exchanges between the Knowledge City and other countries, and jointly build a new platform for international cooperation.

Finally, on the occasion of the Spring Festival of 2022, consuls and business officials from France Consulate General in Guangzhou and other countries sent their best wishes to China-Singapore Guangzhou Knowledge City and Biosyngen. They wish China and Singapore greater success and everlasting friendship among countries.