JAKARTA, Indonesia, April 26, 2022 /PRNewswire/ — WIR Group, an Indonesia-based metaverse technology company, will reveal its Metaverse prototype within the 4th quarter of 2022 as part of its vision to create a liveable world of metaverse for everyone entering the Web 3.0 era’. As a company, WIR Group is committed to enriching life experiences for individuals, companies, and societies through digital reality solutions encompassing Augmented Reality (AR), Virtual Reality (VR), and Artificial Intelligence (AI). 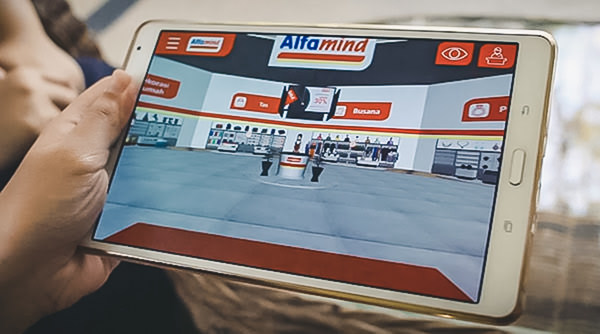 The metaverse platform being developed by WIR Group will connect businesses and consumers. It will be the gateway that leads humans to various digital experiences, and at the same time become a platform that can provide new employment opportunities.

WIR Group (WIRG) officially listed its shares at the Indonesia Stock Exchange on April 4th, 2022. Through the IPO, WIR Group released 2.33 billion new shares or 20% of the issued and fully paid capital after the IPO, and an additional 233.7 million shares due to excess orders in the centralized allotment. “The tremendous public enthusiasm for WIR Group, which is reflected in the large number of orders that we received, shows the market’s trust in the company’s fundamentals and prospects. We will maintain this trust by continuing to develop innovations to provide technology solutions for businesses in various sectors to help them facing the challenges of this borderless digital era, ready to embrace the new era of Web 3.0,” said Michael Budi, CEO of WIR Group.

Since 2009, WIR Group has completed thousands of projects and served clients in over 20 countries including the US, Spain, Nigeria, Singapore, Malaysia, Thailand, the Philippines, and Myanmar. WIR Group has received multiple international acknowledgments and accolades, such as the 2020 German Design Award, AR Best Campaign in the Augmented World Expo’s Annual Auggie Awards 2015 and 2016 at the Silicon Valley, Innovation 40 from The New Economy awarded at the London Stock Exchange Studio in 2014, representing Indonesia technology during the World Economic Forum Davos 2019 & 2020, and covered by Forbes Georgia as one of the Metaverse Tech Companies to Watch in 2022.

NEXT MEATS Co., Ltd. (Tokyo) collaborates with Van Gelder (Netherlands) at the biggest food and hospitality convention HORECAVA in January 2023 aiming to distribute...

How To Open And Edit Dll Files On Windows

How To Install Windows 11 In A Virtual Machine